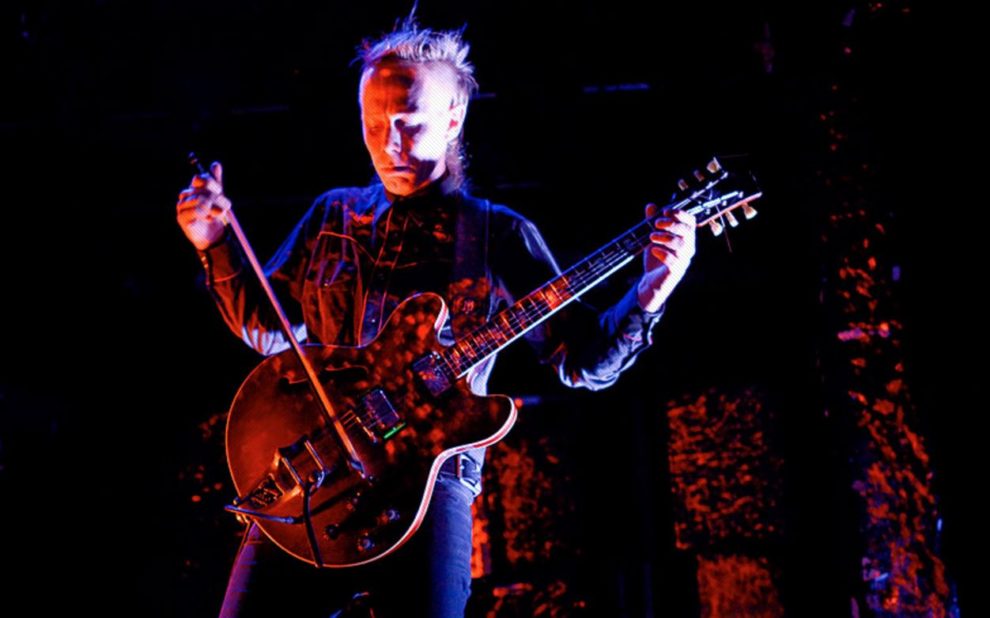 dariotrapanimusic dariotrapanimusic
Aggiungi Commento
Last week I met Stian on Skype to ask some questions about his playing, he picked up from his personal studio in Oslo. He was very kind, very modest as a person, his personality is strong and his laughter is funny and contagious! His style on the guitar is pretty unique, I was very curious about how he managed to get t

Last week I met Stian on Skype to ask some questions about his playing, he picked up from his personal studio in Oslo. He was very kind, very modest as a person, his personality is strong and his laughter is funny and contagious! His style on the guitar is pretty unique, I was very curious about how he managed to get to that.

I was really impressed by your solo live at the BBC on Youtube, that was the very first thing of yours I listened to. The way you play is original and fascinating, how did you get to play like that? What was your training?

Well, it’s a long answer, I’ll try to be short. I grew up in the countryside of Norway, listening to a very wide range of music, The Beatles, classical music, metal or anything I could get my hands on, and this sort of let me into listening rock-orientated/experimental Prog Rock, and at the same time I started figuring out what improvisation was, writing my own tunes, all by playing by ear, all that stuff, you know.

After a really long time I got into a jazz education program for a few years, thinking what I was doing was jazz music (he laughs). I got sick of not being myself trying to fit into the jazz thing. I realized that thing couldn’t go any longer, I needed to play the music I had in my head, and I did, and what came out was just a blend of all those influences, and I really enjoyed joining them.
At the same time I’ve always been interested in sounds, how they are created, and producing sound images. It was important for myself to think more in terms of sound and how I see the sound rather than the actual instruments.

I can think my music in very complex ways, I try to play with different ideas at the same time, that’s what the solo is about, and trying to make them fit (or not fit) together. When you do that of course it matters what note you play, but also you really have to be aware of how you play the note, what sound it has, and how that sound interacts with all the other sounds.

Everyone thinks of that in the studio, but it’s also a way to improvise for myself. I worked like that since I was a kid, I used to cut up cassette tapes and to mangle them together. I really grew up in the countryside and there was no studio or anything around, I needed to figure all this shit out myself. It really opened my mind in order to be focusing and working on music, the whole thing, instead of being only concerned about the instrument, and I think I lost that thing for a while during the jazz education part, but I ended up feeling pretty sick of music, and I got back to my previous approach, now I know that it’s my thing.

They teach you how to be good at your instrument, but then it doesn’t necessarily means you’re going to play great music. I wasn’t enjoying the guitar anymore, I missed that kind of joy you feel at first when you start playing in a band, just sort of working on the actual music, instead of working on the actual instrument, figuring out what you need to do on your instrument in order to play the music you hear in your head, instead of the other way around, and that’s something that often gets lost in the educational context.

So how do you practice today? Do you have a routine?

Well, I practice in 3 different ways.

I practice my technique, like guitar technique or involving the electronics and the actual technique of operating with all these things, going through what they can do, developing my muscular technique and a technically understanding what I’m doing, getting better with the bow and everything that has to do with technique and not with music. Sometimes I try to incorporate this musical technique in musical passages of practice where I sort of improvise with this and that, checking out how different topic work in music.

Musically I practice a lot just sort of thinking music, listening to improvisation but without playing, so I’m more or less in the same state that I am when I’m playing a gig, but I’m not playing a guitar, just sort of playing the music in my head, trying to capture it. It might sound a bit weird, but I take it really seriously. I can sort of listen to the music I’m making in my head. I like to split these two things because I personally feel I can do each thing properly only by keeping it separated.

Then I combine this two things, and that’s what happens when I play live. I’m physically re-imagining all the music I heard in my head. When I play solo concerts nothing is planned, I really need to be in a state of mind where I sort can make decisions really fast and rely on my own decisions. For me is really good not to play “a little bit of music” on my instrument, either I practice my technique or I don’t play my instrument, and then when I play live it becomes more like a performative performance for me as well.

And what about the bow?

I think the first half year was really rough, but then it got better. It’s nice to play towards the bridge because of the long string length, that’s why it’s hard on Telecasters with classic plate bridges, for instance. I just practice acoustically as much as I can, it takes a lot of time. Lately I play arpeggios on all of the 6 strings. It’s hard, (he laughs) it’s fucking hard! It really depends on where you press the other strings and stuff like that, like if you press the low E and A string they get slightly out of the way, you know?
It’s just hard, a lot of practice, it’s quite stupid really. most people have better things to do!!! You know, you can get to play really fast through the string the better you get at it and that’s what I’m doing now with the arpeggio thing (he sings a staccato synth-arpeggiator-like up and down melody ED). It doesn’t sound that great yet (he laughs)!

Don’t you feel pain after a while? It’s a very bad position for the arm that is holding the bow.

Yeah, you need to really take care of how you play. I had some serious problems on my shoulder because of that, and I needed to start everything again. I don’t know what was wrong, but you just need to listen to your body and you can fix it yourself. I wasn’t really paying attention, it was aching.

You said you improvise the whole thing while playing solo. Don’t you ever feel that fear of unknown?

No, you just have to rely to what goes on in your head. That’s one of the reasons for which I ended up not planning anything, because if you do so you’d be more afraid of playing an error, and what are you gonna do if you play something wrong? Would you try to go back and play it right? What the hell is going to happen then?

That’s definitely not music, that’s technique! Of course you have bad days on the gig, something breaks down, the amps sound shit, you know. You might end up playing something you know fairly well, you can go from there, but I really try to have that sort of state of mind in any band, really. When I play with Nils Petter Molvær we play 6 or 7 tunes of his throughout the set and to this day I still don’t know how they’re supposed to sound (He laughs). I really think I play best when I’m completely free.

Talking about your electronics and gear, what’s your setup? What do you use? Once I read you said you probably know every existing pedal on the market.

Well I was quite cocky in that interview actually! (He laughs) I use the same things for everyone, I have one setup only. I did check out every pedal for a while, searching for a lot of sounds I really wanted to create, so I went through a period I wanted to buy hundreds of pedals, but I always bought them because I wanted to do one thing, not because I thought “Oh, I can switch on that sometimes“.
I usually buy stuff, I get to know it really well and then I start using it until it breaks, then I buy something else. but maybe this would sound really boring, but the main thing to me is having a setup I can fly around with, without getting too huge. If it would be up to me I’d travel with double the stuff I use now.

Anyway, I use standard stuff, Fulltone fulldrive, Boss Octave, couple Delay pedals, Line6 and Eventide, Moogerfooger Ringmodulator, and the next couple of year I’ve been starting to use Ableton live for looping and also for reverbs and delay. That’s pretty much it at the moment. I use Ableton as a padal. I run the whole thing through 2 bass amps and 2 guitar amps.

So do you split your signal into stereo so different things go to different amps?

No no I don’t do those clever things. Everything goes through everything. Just a wider range, really.

How’s the scene in Norway now? Did you ever moved away from it?

I lived in London between 1999 to 2004, and after that I got back home. It’s a very good scene here, very open, small and open. You have a lot of club that present anything from minimal house to acoustic jazz to rock to metal. A lot of genres together in the same space, I really like it here. For example I shared my studio with Lasse Maraugh for 4 years, and although he is one of the biggest names in noise music in Europe, he’s heavily into every kind of music. He produces several artists, even people who play very different music from what he plays, and that’s something kinda typical here in Norway.
It’s only about the music itself. 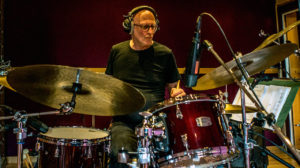 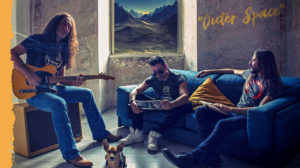 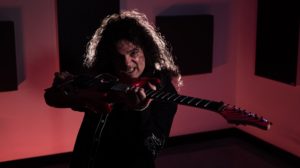 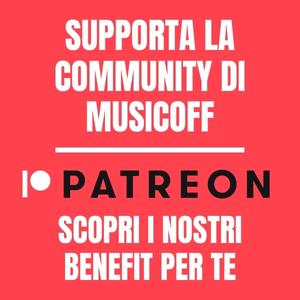