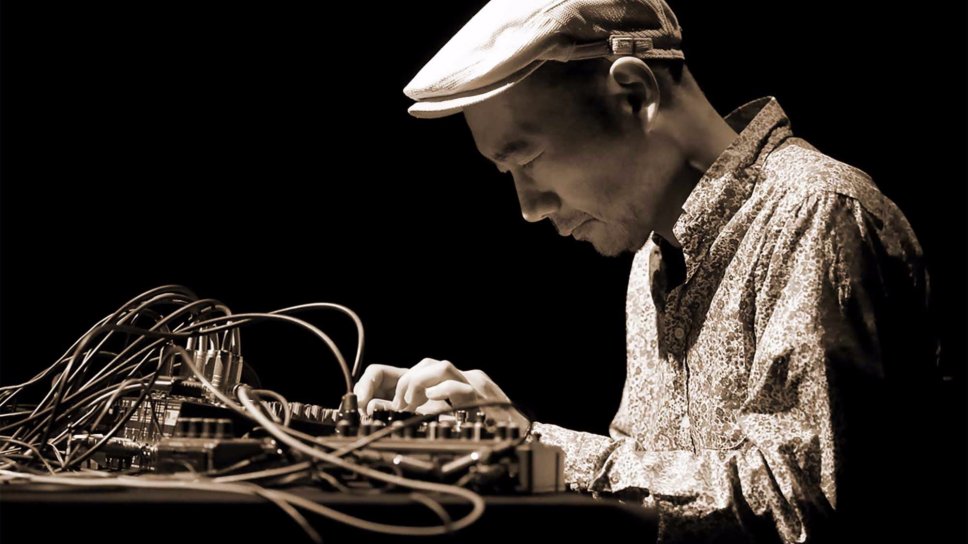 Musicoff got a chance of being in contact with one of the Japanese noise-gods, the great Toshimaru Nakamura. For those who never heard his name before, he's one of the main artist of the Tokyo-based silent-noise movement Onkyo, as well as one of the pioneers of no-input mixing, a creative way of using a normal (and most of the time cheap) mixing desk by creating feedbacks through it.

It might sound weird, but it's all about connecting some of the outputs of the machine back to its inputs, over amplifying its found noise thousands of times per second, and manipulating the noise drones you get out of this process. Toshi is here talking about his unique active-passive approach to improvisation and art, that seems to be very complementary to how his musical instrument works.

No-input mixing is a very fascinating way of producing sound, and it can easily turn to be very invasive and fill up the entire sound spectrum. You rather developed a very empty way of using it somehow, leaving a lot of room to the players you are making music with as well as the environmental sound. I am referring to your playing on a record like Semi-Impressionism with Tetuzi Akiyama, in which you mostly alternate "small" sounds to silence.
Is it somehow related with the Onkyokei musical view? Would you talk about your approach to improvisation?

I have been changing. It would be interesting if I could be a different musician every time I play. But it has not happened yet to me, so I am changing slowly, maybe mostly gradually, sometimes suddenly if something I never know happens to me. I am not hoping to change or to be changed. But I try to keep myself open and flexible for any change that occurs to me.

Why am I speaking of changing? Because the playing style you are talking about was only one side of me. I would play like "very invasive and fill up all the sound spectrum" just like you "warned" me.

However, playing with Tetuzi Akiyama is something very special and rewarding for me. We started to play together sometime in 1997. But we didn't start as a duo. Instead, along with Taku Sugimoto, we started as a trio which invites another person. We three started a monthly concert series inviting different musicians every time. Taku left us a few years after that, Tetuzi and I continued the series of the concert in the same concept, and even after we stopped the series, we maintain the concept and formation of our duo opened (an) invited guest(s). So, when we play as a duo without guests, I guess we don't really with on each other. We are conscious about the possible space between us for possible guest musicians and listeners.

What's the threshold between controlling the instrument and letting the feedback doing its thing?

I cannot define the threshold between them. It can vary. I would prefer give the most and biggest share for accidental occurrence, and be obedient to what is happening. But you would learn how to play your instrument and control it when you are with it long enough. So, I have to admit I have some control over my system.
But I try to forget what I have done in the previous concert, try to surprise myself. Forgetting about yesterday doesn't seem to be so difficult for me. I forget things easily. I don't want to be panicked in concerts, but I want to enjoy myself by surprising myself.

What's your musical training? How come you stepped into no-input mixing so deeply?

I haven't practiced no-input mixing board. I used to play an electric guitar until I was about 30. Then I slowly felt uncomfortable playing it. Looking around you, there are so many great guitarists already in the past and the present. If you want to do something new or different, sometimes you have to stop and think.
Other thing is that I have had a job as a sound technician since when I was still a student. So, I had a basic knowledge in mixing desks. I just did reversely. I did what I was told not to, which is creating feedback.

How much do you know about the instruments you're using on a technical level (how they're built, circuitry)?

I am aware of how to use them, but I am not knowledgeable about how they are built.

The concept of no-input mixing is at first kind of wrong on its own, and it's clear you can blast your speakers and ears off if you don't know what you're doing with it, but besides this, have you ever found it being harmful for your mixer, gear or feedback circuit itself? In which way a clipping self-feeding device can go wrong?

I have blasted sound systems a couple of times. As far as I remembered, amplifiers twice, speakers three times. The first time was in the Purcell Room at Queen Elizabeth Hall in London. Into the five minutes in my solo performance, I noticed the unusual smell around me on the stage. And also, I felt a strong tension in the room. People were holding their breath, sound technicians were trying to crawling up to the stage… I didn't want to do it, but I look up, and I saw the smoke was rising from one of the monitor speakers. So, I stopped playing the music, and just said "oh it's burning…"

The audience bursted into full of laughter and applause, which I have never received with my musical performance before and until now. People surely seemed to enjoy my five minute funny performance, but I was thinking "ah, I guess I have blown, both the speaker and my UK debut. I started to walk back to the back stage, then the MC jumped out to pushed me back on the stage, saying "hey carry on, everybody loves you". So, I restarted my set, and played for 20 minutes or so.

After the whole concert, I apologised to the sound technicians for what I had done to their speakers with my brutal frequencies. But they apologised back to me, saying "no no, we are sorry for giving you an uncomfortable time on stage. You did your music. Just that. We should have installed more protectors. They were so professional.

No, I haven't had any problem within my own feedback circuit. It seems pretty solid.

Who has been inspiring you lately?

A little by little from each of many artists around me and far from me keep me inspired. Famous and infamous. Young and old. Almost everybody I see and hear gives something to me.

Can you recommend 5 records of any kind? The first 5 that come to your mind.

Oh no, that question is too big! 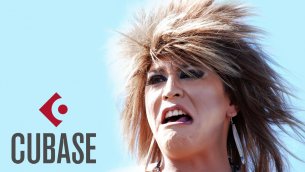 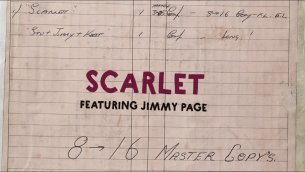 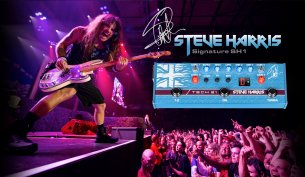 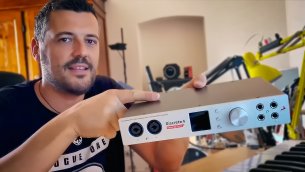 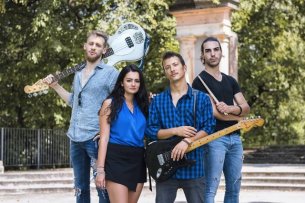