Today we present a nice interview with Jazz saxophonist Ben Wendel, an artist multi-instrumentalist also for being a member of the band nominated for Grammy Awards "Kneebody"; born in Canada and then moved to the States, this young musician has already made a great career, working with many internationally renowned artists on various musical genres and styles. Dario Trapani, for our "Jazz On!", interviewed him, so now... let them speak!MusicOff (Dario): Hi Ben, I'd like to start from the beginning. What's your story? How did you become a musician?Ben Wendel: I was raised in LA in a classical music environment, my mom was an opera singer, my great aunt was a piano player, my grandmother played flute with Toscanini and I started loving that music soon. I bought my first alto sax when I was ten, and I started the bassoon few years later to join the youth orchestra they had at the public school. I was studying classical music when my neighbor started giving me tapes and record of Coltrane, Bird and other jazz classics. I think I was 13 at that time. I didn't even know anything about transcribing but I loved those records so much I basically got to know every single note by heart by listening to them thousands of times. At the same time I was also really into KDAY radio, where they played hip hop 24 hours a day, no commercials. It was a really cool period for hip hop. So my musical uppering was this strange blend of jazz giants, classical giants and hip hop giants, and I kind of think those three things come out in the music I play in unexpected ways. I studied at the Eastman School Of music in New York City later, but I needed to stop for a while because of what they call a lung collapse. It's not life threatening nowadays, but I needed to get surgery to fix one of my lungs and I took a year off from school to recover.
So I went back to LA and I was very fortunate I had a friend who introduced me to Billy Higgins, for sure the greatest mentor I've had in my life. Billy started to invite me to play at the World Stage club, and basically I've been playing with him all the times for one year. That one year changed my life for ever, I was introduced to the joy of playing jazz.Billy was always very positive and warm, and playing with him was like receiving the best hug ever, impossible to play badly if he was in the band. He never gave me any instruction, he taught me just by being him, he made me see the potential of what that music can be. Obviously he was a jazz musicians but when he played it just felt like music, and to me this is one of the most important things I learnt being with him.
You know, I'm a saxophonist and I play improvised music, but I have a lot of influences, I listen to all kinds of music, and they just come out the moment I play, and I think that's the spirit of jazz. There's a quote I heard once which said: "Jazz is the music jazz musicians play in the time they're living in."
I grow up in the time of electronic music and hip hop and everything I play is influenced by now.Anyway after that I kept on playing in LA and I started touring a lot, so much I eventually decided to move to New York in order to be able to fly to Europe more easily, and that's where I've been living for the last 5 years. The musical scene over there, as you might know, is insane.MO: New York is for sure one the most beautiful places for music, as well as one of the toughest for musicians to make a living, and even in other parts of the world working musicians can hardly find free time for practicing, the more they get busy. I know you developed a very personal way to practice. What is that about?BW: It's really important to find a method that works for you on a personal level while practicing. I've always been interested in neuroscience and how the brain works. I'm always reading stuff about memory and how people are able to absorb informations, and kind of the best way to learn something more deeply in long term memory seems to be work on it in pieces over a period of time instead than very intensively just once.To me, it takes from four to six times working on patterns for them to get inside of my brain and fingers. I usually write down shapes and lines that I like, and I work on each one trying to make it harder time after time, cycling them in all 12 keys, and all up and down your horn, in the altissimo register, etc, so you can work on transposition, technique and language at once. I try to practice different shapes every day, coming back to them after a period of time, and it works for me. I imagine it's different for everyone, but personally, I have to be very military in how I'm organized every day if I want to practice, or I'd run out of time.

There's always a lot of administrative work to do, music to write or learn, bands to put together, but practicing to me takes priority over every other thing. I realized years ago that if I have ten things to do and practicing is one of them, and I don't do the practicing I feel terrible, but if I do the practicing and then I get the other things, I feel great. But if don't get to the other things but at least I practiced I still feel better. [he laughs e.n.]I usually try to take advantage of free periods to set up sessions with friends. For instance, last month I met my friend Gerald Clayton during a day off and we practiced all day together, trying to learn a bunch of new songs.MO: Can I ask you which one did you learn?BW: Let me think of it. We played Spring is here, Segment, Speak like a child, Cheryl [he sings the melody e.n.] and some more. We learnt them and then we took them through all 12 keys, just for fun, it was challenging.MO: What about composition?BW: What I've noticed it works best for myself is to have projects to write to, I have to imagine it's gonna be for something. For example, right now I'm into this very ambitious project, writing twelve duets for twelve different musicians and myself.MO: I feel really curious to know who they are.BW: I can tell you some of them: Aaron Parks, Mark Turner, Eric Harland, Julian Lage, Taylor Egisti, Matt Brewer and some more... I'm basically writing pieces that are dedicated to each musician, thinking about things that I love in their playing. Once I have this person in mind, then I start to hear music.
For example, I just recorded my third solo album with Gerlad Clayton, Joe Sanders and Henry Cole, and before to get in the studio I wanted to do a European tour with them just to hear how they played together. Once I got back I started to hear music that fit that group, inspired by the way they played.Each composition could start from piano, saxophone or a drum beat I sing into my iPhone. It could start from a concept as well, and I would write on that idea. I try to imitate the great master of classical music from the past who were able to make beautiful music out of very little material. I usually try to put few ideas in my songs, trying to stretch them in as many directions as possible to create the entire piece. To me it's very important for the piece to feel like a single mood from the beginning to the end, and not like many different things put together. Just like a classical piece's movements.MO: Talking about recording in the studio. I've noticed you've been using some production techniques in your last works, working with overdubs, sound processing, and many other things that are still rarely used by jazz musicians. What do you think of studio production related to improvised music? Isn't it still a tabu sometimes?BW: That's a very interesting question. I think there shouldn't be any rule about this stuff. Listening to music through your headphones instead of listening to a band live is just a different experience, so I don't think albums really need to match what you're going to hear live. Usually jazz productions literarily try to capture how the band sounds live, but to me it's kind of impossible to get the same energy out of it. It just won't happen, it's something else. To me it's nice to take advantage of everything can only happen in a studio, like making the music more orchestral by playing more than a single instrument on the same tune. You know, it's still the same pieces, but with more stuff going on.It's just a different way to enhance your ideas and I don't think there should be any rule. If you listen to people like Bon Iver or Flying Lotus, they're gonna just do whatever they want to make everything sound cool and provocative, and enjoyable to listen to. And that's that! They're not worrying about: "Is this 100% acoustic?" or stuff like that. Probably in jazz there are much more informations going on, also because of the improvisation thing, so there's not so much space for extra production and overdubs. It's all very dense of informations as it is.MO: So we got to the very last one! Can you please recommend 5 records of any kind to the readers?BW:Ben Wendel Official WebsiteGO TO THE INTERVIEW IN ITALIAN/VAI ALL'INTERVISTA IN ITALIANO

Due chiacchiere con Guthrie Govan, in arrivo in Italia 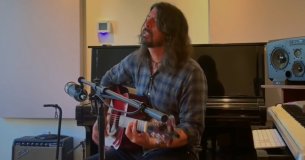 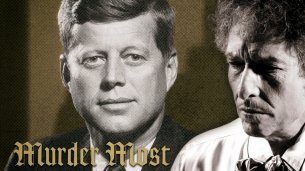 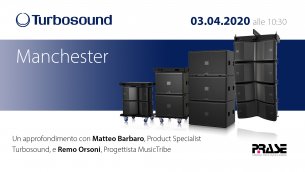 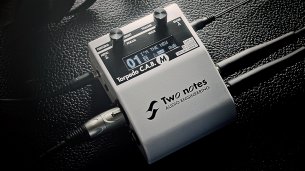 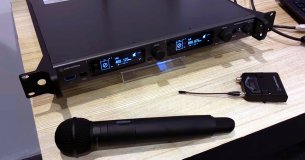 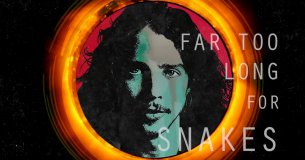