I was born in 1970 close to Milan, Italy.
I actually started playing pretty late, I was 14 and I asked for my first electric guitar for my birthday. My parents were pretty surprised by my request because I tried several times in the past with my sister’s classical guitar but I always gave up after reading a few sheet music ;-)
I was lucky enough to get a gig in a band looking for a guitar player after three months, I wasn’t that good of course, but I never stopped playing live since then.
I learned basically by myelf in the first years, then I went in a big music college in Milan for three years, I learned a lot of things, the main one was I’m a rock player and trying to learn too different styles is actually wasted time with me ;-)
In 1986 I joined UTEZ, a funny rock band with very ironical lyrics and we had great success in the north of Italy, we stopped performing in the mid ’90 and we made a successful reunion 12 years later, then we released our album “Conoscere per Disprezzare” .
In 1989 I performed in a main TV show and I was noticed by a female Italian singer, Gloria Nuti, she was just promoting her album after the Sanremo music festival and he needed a guitar player to tour with the Steve Rogers Band, so I joined the band and we toured across Italy that summer.
In the ‘90s I started playing with a lot of bands, doin’ a lot of live gigs!
I started teaching guitar, because you have to make money regulary, you can’t eat your guitar at the end of the month!
I also got a day job (actually it was an early morning job...) driving the ambulances at the Italian Red Cross, that experience let me learn a lot about was suffering really means...
In 1996 I started working as a clinician for Mogar Music, a very big Italian musical instruments distributor, I still work for them doin’ clinics and shooting promo videos.
In the meantime I started working in the studio for commercials and sitcoms sountracks with Flavio Premoli, keyboard player from Premiata Forneria Marconi, a very famous Italian prog rock band from the ‘70s.
In 1997 my son Parsifal was born, I’m really proud of him...even if he doesn’s care at all about guitar, but he’s a poet and he writes very good stuff ;-)
In 2000 I founded the Four Tiles with my great friends Cesareo, Roberto Gualdi and Guido Block. The band was created just for a music trade show, but we enjoied a lot playing together and we still do it now!
My activity with Mogar Music let me do tons of clinics around Italy and gave me a good knowledge about guitars, effects, amps and all those toys ;-)
I also planned a lot of clinics for international artists so I worked with great music legends and now I can consider friends most of them.
In 2007, thanx to MySpace, I got in touch with a school pal named Frank Caruso, a great guitar player, we found out we were living in the same town so we met for a beer...
After that beer we decided to play something together...so the Strings24 project was born!
Why Strings24? Simple, we were three players and Ibanez gave us three 8 strings guitars ;-)
I have to thank a lot Ibanez because they build amazing guitars and they support me so much for years!
Strings24 released their first album with Lion Music in 2009, the second one was released in June 2011 by VideoRadio, were actually a hard working band, but now this project is in standby!
That’s all so far! Stay tuned! 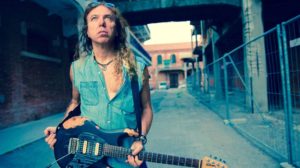 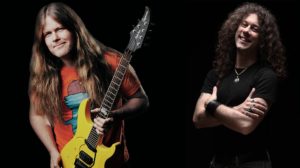 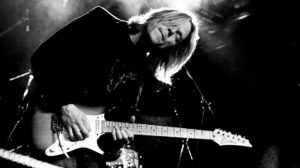 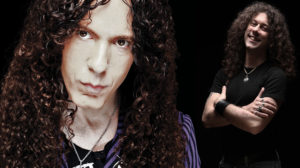 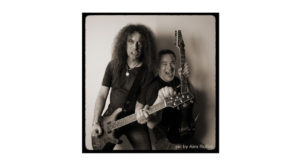 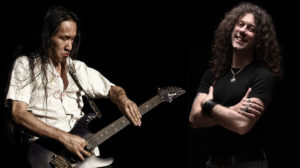 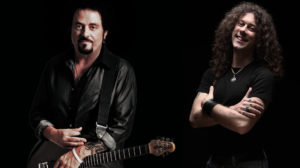 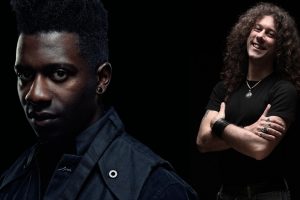 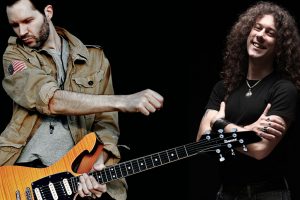